The blend of the ancient, the new and the picturesque in Tamil Nadu is truly remarkable. 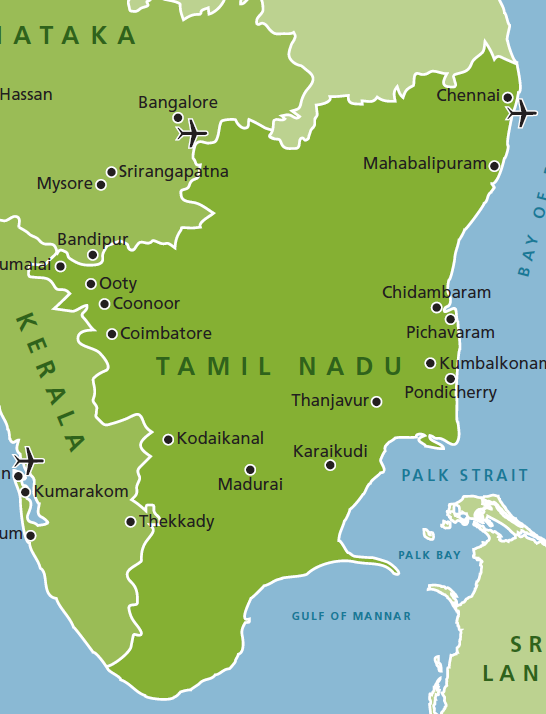 Tamil Nadu has seen the rise and fall of many an ancient kingdom – the Cholas, the Pandyas, the Cherans, the Pallavans – each leaving behind indelible cultural treasures. It is the home of Carnatic music and Bharatha Natyam, a legacy of temple songs and dances handed down through the ages. It boasts many a stately school of art and architecture. And it offers much physical splendour, not least the lovely cluster of hills called the Nilgiris or Blue Mountains where Tamil Nadu merges with the neighbouring southern Indian state of Karnataka.