Things To Do in Arunachal

Things To Do in Arunachal

A land of the dawn-lit mountains, Arunachal Pradesh is located in the North East of India. Living in isolated splendour, this exciting new holiday destination shares its remote borders with China, Myanmar and Bhutan. It occupies just over 32,000 sq. miles and its capital is Itanagar.

Arunachal Pradesh is blessed with lush green forests and deep river valleys. It is the virgin land of India with its abundant greenery and salubrious climate. Arunachal Pradesh is the home to 26 different tribal communities which flaunt rich tribal cultures. Almost every major river valley is home to a different tribe with a wealth of fascinating cultures and peoples living a habitat that combines glacial terrain, alpine meadows and 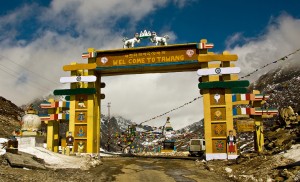 subtropical rain forests. A large part of this state also has a strong Buddhist presence with splendid relics of Buddhist art and architecture. Festivals are an integral part of all the tribes of Arunachal Pradesh thereby mirroring the cultural exuberances and artistry. The artistic acumen of the tribes of Arunachal Pradesh are furthered by their musical and dance bonanza as well as the vistas of exquisite crafts that they are expert in. Surrounded by huge mountains, dotted with many rivers, boasting a rich variety of flora and fauna and a home to several tribes, this destination is worth a visit. Almost 80% of the state is covered in a canopy of impenetrable tropical deciduous forests. And remarkably, many new spices of plants & animals are discovered every year

Avion Holidays together with their Indian partners are at the forefront of introducing this relatively unknown yet fascinating destination of North East India. We operate to the remotest parts of Arunachal Pradesh and offer some of the most interesting travelling experiences in India. With its many mountains, Arunachal

Pradesh is still a relatively unexplored destination for trekkers and we offer trekking experiences that not only satisfy the nature lovers and thrill seekers, but also educates them about ancient traditions and customs of the tribes inhabiting the upper reaches of Arunachal Pradesh. With its huge abundance of forests, ranging from subtropical to alpine range, Arunachal Pradesh is also a great destination for wildlife and birding enthusiasts.  Avion Holidays has naturalists and guides who take guests on some ofthe most interesting nature tours in this state, such as the Namdapha National Park and the Eagle’s Nest Wildlife Sanctuary. For people interested to know more about ancient traditions and customs, we operate cultural tours to Ziro, Tawang, Along and Tirap which take people to some of the remotest corners of Arunachal Pradesh and introduces them to age-old cultures and customs.

Besides the above, we can organise many other tours in Arunachal Pradesh, catering to special interests, such as, motor cycling, bicycling, angling and photography tours.